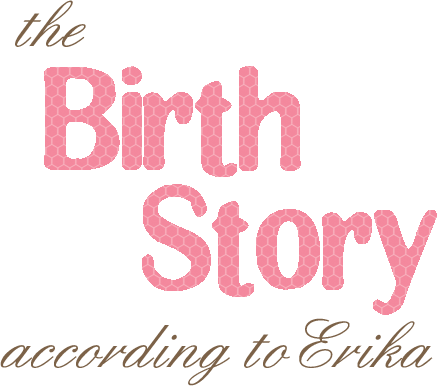 7:30ish a.m. on Memorial Day- There I was, having maybe the best dream ever. All I remember was I was eating oreos in my brand new mansion. There were trains that brought people to my house because it was so exclusive that I didn’t allow cars in the parking lot. So anyway, my butler or whoever was like “WOW! Two trains” and I was all “yup. Double trains.” So the wacko starts singing “double trains all across the street. Look at those traaaains.”….You know, like the double rainbow song? Um…Yeah. I remember I was laughing pretty hard at him…Then all the sudden I woke up. 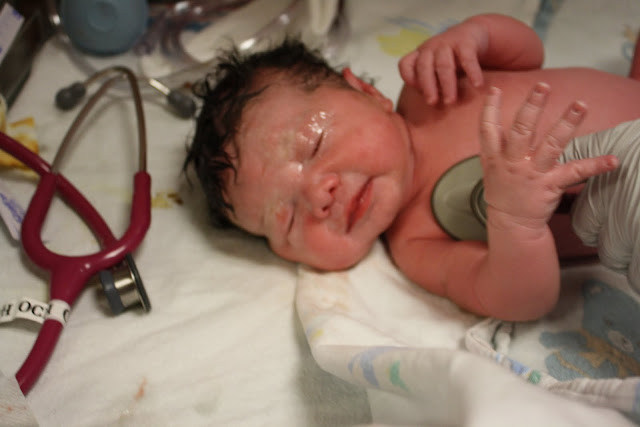 I don’t remember much else besides my mom saying “she has 10 toes!” and Dr. J saying “…And 11 fingers!”… I was just too busy staring at her to concentrate on much else. 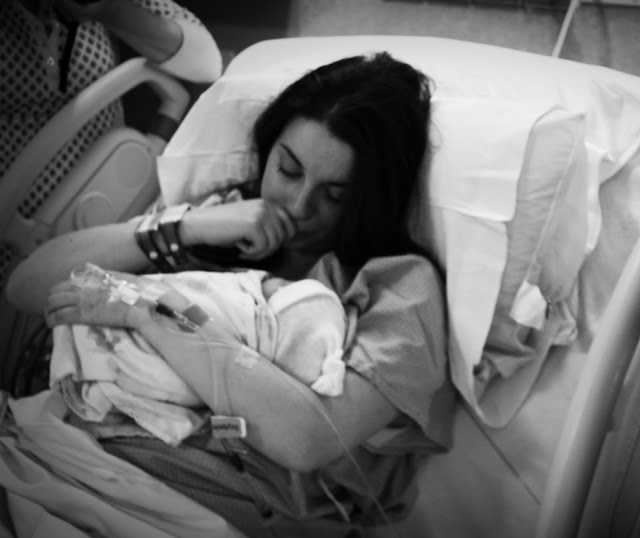 When they put her on my chest, I was so overwhelmed with love. She was so beautiful and such a perfect mix of Tyler and me. And that hair! I really just couldn’t believe she was mine. 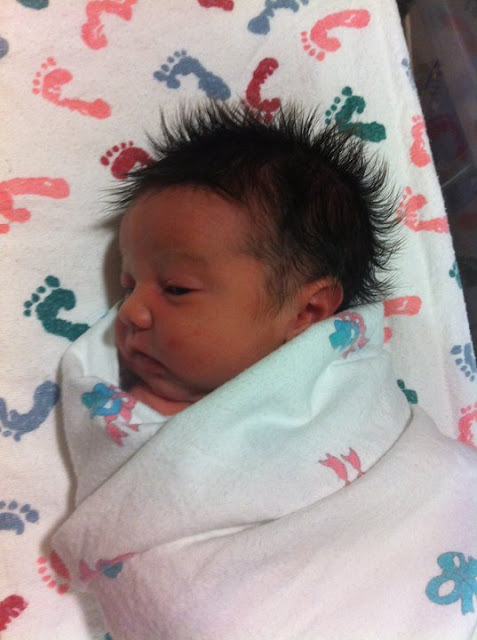 Erika is a stay-at-home mama based out of Utah. She has a fierce love of Diet Coke and staying up late. Aside from loving on her little fam, she can usually be found blogging, doing graphic design, or napping (hopefully napping).

« one percent shmone percent
My Side of The Story » Hey! I'm Erika and this is my blog.
Nice of you to stop by!
Here you will find a plethora of different topics ranging from motherhood, wife-hood, craft-hood (stetch, I know), and so much more.
My main goal is to banish the illusion of "perfect"... So, here’s to my life, unfluffed.